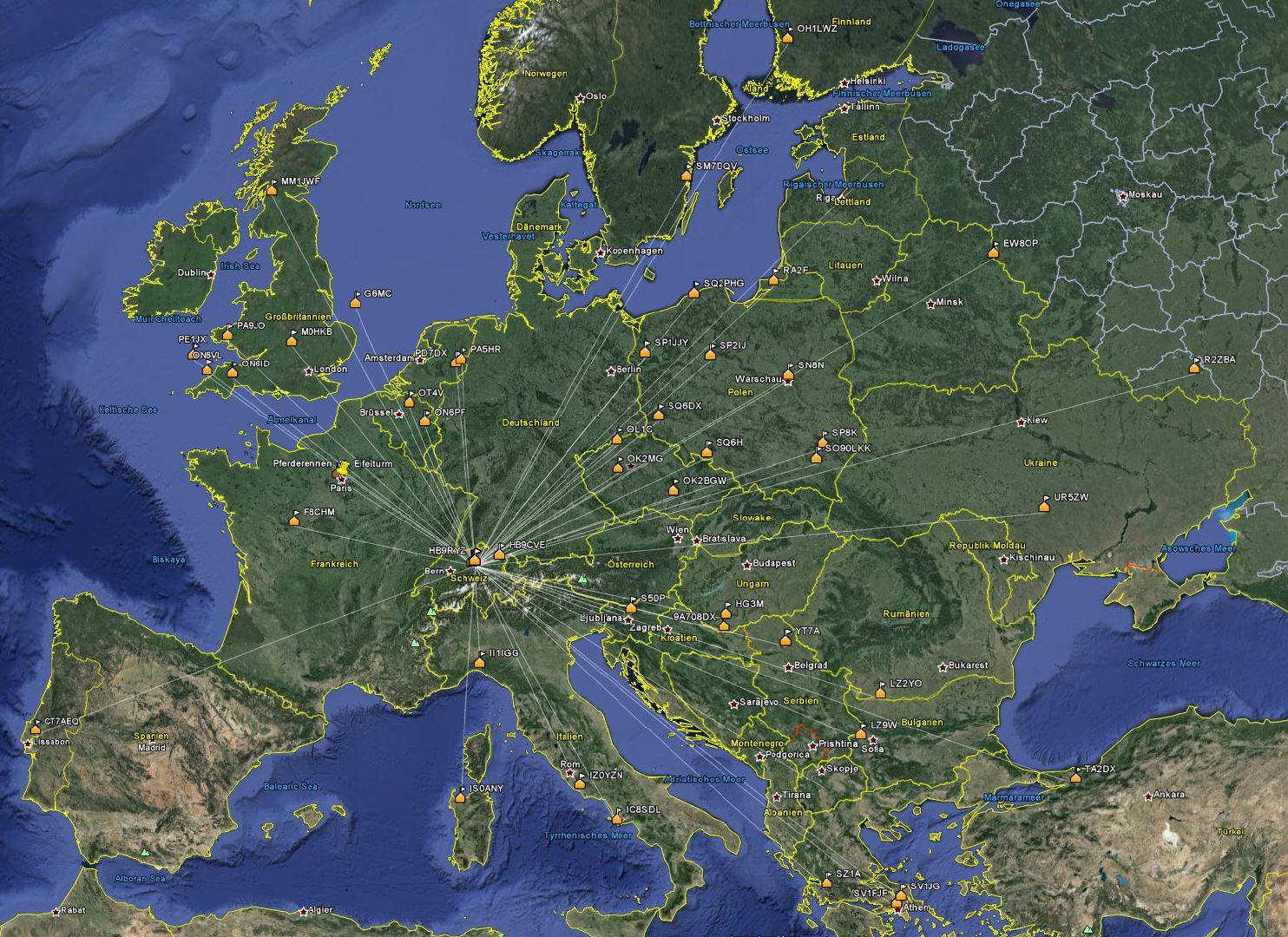 Radio waves in the shortwave band can be reflected or refracted from a layer of electrically charged atoms in the atmosphere called the ionosphere. Therefore, short waves directed at an angle into the sky can be reflected back to Earth at great distances, beyond the horizon. This is called skywave or "skip" propagation. Thus shortwave radio can be used for very long distance communication, in contrast to radio waves of higher frequency which travel in straight lines (line-of-sight propagation) and are limited by the visual horizon, about 40 miles (64 km). Shortwave radio is used for broadcasting of voice and music to shortwave listeners over very large areas; sometimes entire continents or beyond. It is also used for military over-the-horizon radar, diplomatic communication, and two-way international communication by amateur radio enthusiasts for hobby, educational and emergency purposes, as well as for long distance aviation and marine communications.